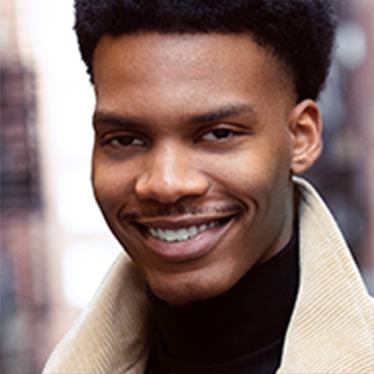 SHARMARKE YUSUF (T/Ensemble) is thrilled to be making his SpeakEasy debut! He is an actor and writer born and raised in Boston, Massachusetts. Sharmarke graduated from the Boston Conservatory at Berklee with a BFA in Contemporary Theater. He has appeared in several Boston-area theater productions including #RomeoJuliet (New Rep), as Aaron in Titus Andronicus (Earthstone Theater Company), Buckingham/Ensemble in The Three Musketeers (Front Porch Arts Collective), Theseus in A Midsummer Night’s Dream (Boston Conservatory at Berklee), and on television, most recently as Axmed in season two of Castle Rock on Hulu. He can be found on instagram @sharmarke_y. (he/him)